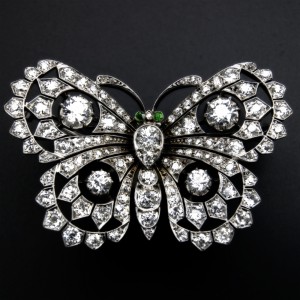 The diamond of the 2nd century is not a material one, but a philosophical one. This Buddhist text is believed to have been written somewhere around the 200 CE, and translated to Chinese at 401 CE. It is a short text, but holds a lot of meaning inside.

Like many Buddhist texts, it is a story. In the story, the Buddha talks to a monk and asks him paradoxical questions in order to bring about his mental freedom. By trying to grasp paradoxes, the monk’s mind is opened to the idea that all is an illusion; that the world as we know it is nothing but a trick of light, a dream at best, and that we are nothing but waves in the fabric of time, our consciousness nothing more than smoke and mirrors.

It would take western philosophy almost 1,400 years to catch up, with Descartes’ “Cogito Ergo Sum” [“I think, therefore I am”]. Descartes would stop at himself, knowing that he IS. At the very least, the fact that he thought at all, that he had the ability to doubt proved his own existence. Building the world from there, proving other things based on the existence of his own mind, Descartes believed in a material world…

However, the Buddha went one step farther – he believed the he ISN’T, that even his own thoughts are an illusion. And with those out of the way, what is left? Without this, the belief in a material world soon followed, and with it the idea that all, including our own selves, our egos, were an illusion – and thus, the diamond hard foundation of physicality was gone, and the way to enlightenment was paved.